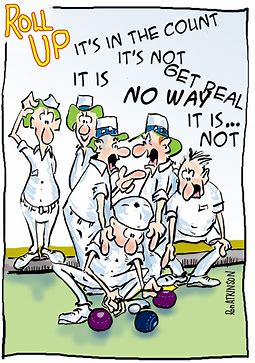 The Role of the Players and the Marker in a game of Bowls.

Each player has a specialist task to perform which is vital and equally important in its contribution to the team effort and result. Each player must also have an appreciation and understanding of the role of other players. This enables a deeper awareness among bowlers of the difficulties facing their team mate(s) and leads to a higher level of compatibility within the rink.

DUTIES OF A LEAD

The lead provides the foundation stone for building a head, which often dictates the pattern of play. A good lead has the ability to draw two bowls into the head at any length.

The lead’s duties include:

• Placing mat right side up

• Ensuring the centring of mat and jack

• Delivering jack to the length required by the skip

• Delivering two bowls as close as possible to the jack

• Retiring behind mat when finished.

DUTIES OF A SECOND

The second must have the ability to draw consistently. It is his/her duty to get a bowl in the head should the lead fail. The second continues the head building process, which the lead started.  In an ideal world, the second is a player who has had experience playing in ALL positions and who has developed the ability to play a full range of shots.

The duties of a second include:

• Playing the shot selected by the skip

• May be nominated for other duties as required by the skip.

DUTIES OF A THIRD

The third must be able to play all the shots in the game and have the ability to read a ‘head’. A third is there to support the skip and offer advice, if asked.

The duties of a third include:

• Playing shots as directed by the skip

• Informing the skip regarding any change in the head

• Conveying information clearly and promptly to the skip when requested

• Measuring shots when deputed by the skip

• Calling the skip if unsure about the outcome of a measure

• Agreeing the count with the opposing third

• Informing skip and second of the score.

DUTIES OF A SKIP

The skip is responsible for decision-making. He/she decides the shot to be played and the tactics to be used. Other team members should never question a skip’s decision. The skip is in charge of the rink.

The duties of a skip include:

• Marking the score cards at each end

• The ability to play all the shots

• Having a knowledge of the strengths and weaknesses of rink members

• Assessing the strengths and weaknesses of the opposition.

BLEND OF A RINK

1. Compatibility between each member of the rink is important.

2. All rink members must have confidence in each other.

3. Self-discipline among rink members is important.

4. Rink members must encourage and support each other through good times and bad.

5. Rink members must be able to communicate effectively with each other.

DUTIES OF THE MARKER

The duties of a marker include:

• Controlling the game in accordance with its national laws

• At Association, Inter-Association or International level, checking bowls and stamps – composition bowls stamped more recently than 1985 are valid as long as the individual is not playing in an international or world bowls team

• Having chalk, pen and measure

• Centring jack and, when necessary, placing at full head position

• Ensuring jack is not less than the minimum length

• Answering questions asked by person in possession of the rink

• With agreement, removing all dead bowls

• Marking position of bowl and jack in ditch

• If requested, measuring for shot and if undecided, the marker/players may call the umpire

• Removing bowls only when shots are declared

• Telling players the score at each end

• Entering the agreed score at each end