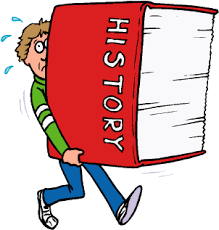 Below is a short history of Lawn Bowling.

It can be said the modern game of bowls started at the end of the 19th century, but for hundreds of years Dublin citizens have played the game on public and private greens. The Marlborough street gardens, which have been traced back to the 12th century, developed gradually from a bowling green into a pleasure garden. “Hibernian Journal” 15th October 1703: – “The new Bowling Green in Gt. Marlborough Street has also a handsome house with two Billiard tables, Card House with Card tables, and a house to shelter the gentlemen when raining” In 1761 their existence definitely came to an end owing to a row over a woman, which resulted in the duel in which the heir of the Earl of Westmeath was killed.

The oldest Dublin bowling green was to be found on Hoggen Green, of which College Green formed a part. Over three centuries ago the city authorities made an order that “Robert Taylor should be allowed to make what profit and benefit he can of the free use and exercise of bowling, and that he shall have charge and care of looking after and overseeing the said unrailed bowling place in Hoggen Green during our pleasure” However with buildings springing up over the southern part of the Green and when St Andrew’s Church was demolished in Dame street, it was decided to re-erect the Church on the bowling green of Hoggen Green. This took place in 1670. There is also a record of a bowling green in Trinity College, “for the exercise of the students after the fatigues of their studies”.

There was also a bowling green in Chapelizod, run by the Victoria Bowling Club. Here play was restricted to two days a week, Tuesdays and Fridays on which days transport for members was provided from Essex Quay to the green at Chapelizod.

In the first part of the 19th century there is no record of any bowls being played. In 1892, a group of influential “upper class” gentlemen got together and decided to form a bowling club in Dublin. This meeting took place at either No 29 or No. 30 Kenilworth Square, both the property of Mr Charles Eason, (of Eason’s Book Stores fame) and the first woods were rolled on the rear lawn. The first members appear to have been prosperous businessmen and included several of English and Scottish origins. This group formed Kenilworth Bowling Club. At that time the club played at Kenilworth Square and the first prizes for competitions were two woods, dated 1893 and 1894, both won by a Mr W .W. Eason in singles play. It appears that the membership was quite elite, and came from a high social standing as its early Patrons were the chief figures in Government. The Earl of Aberdeen who was then Lord Lieutenant for Ireland, and the Honourable H. W. Long, the Chief Secretary.  In line with the social status of the members, its first Annual Ball was held in the Town Hall in 1906. This must have been an elaborate event, with double tickets costing fifteen shillings and single tickets ten shillings each. Kenilworth Square proved not to be an ideal venue for bowls, as during the winter months the green was used for football and other winter sports, so in 1909 a limited company was formed and the Directors decided to lease the entire lands at Grosvenor Square and lay a proper green. Then in 1922 they purchased the freehold at a cost of £485.

The original founder member clubs of the Bowling League of Ireland were, Kenilworth, Railway Union, Leinster, Blackrock and Clontarf. Kenilworth Club was formed in 1892, Railway Union in 1904, Blackrock 1906, Leinster in 1913 and Clontarf in 1925. On the 25th March 1927 Mr W. Clarke of Kenilworth, arranged a meeting with the above clubs and it was proposed that an Association to control the game in the Republic be formed, and so the Bowling League of Ireland (BLI) was born, with the following objects written into the first constitution.

In 1912 the first Club outside the Dublin area was formed (I.C.I.C.Y.M.A.) in Cork, but they did not affiliate to the BLI for some years. In 1928 two new clubs, Imperial Tobacco Co. (now the Crumlin Club) and St. James’s Gate Club joined the Association giving an added stimulus to the B.L.I., which in the meantime had affiliated to the Irish Bowling Association (IBA) and was now enjoying the status of a National Association. In 1935 Portrane joined and a year later Grange Gorman, later to become St. Brendan’s. After a number of years St. Brendan’s resigned.

The first municipal Bowling Green was laid in Herbert Park in 1944.  C.Y.M. Club was formed one year later. It was around this time that a further club was formed in Cork, St. Michaels, sometime between 1944 & 1946.  Knockrabo in 1963, Bray in 1965, and Dun Laoghaire, 1966. The Bank of Ireland Club was established in 1980 taking over the grounds of Knockrabo.  Skerries formed a club in 1983 with the first artificial surface in Dublin.  St. Brendan’s rejoined the B.L.I. in 1984, using the green originally laid exactly thirty years previously.  Unfortunately St Brendan’s ceased to exist as a club in 2001. In 1985, Greystones formed a Club and in 1989 Aer Lingus installed a green with an artificial surface as part of their ALSAA complex, this was the second artificial surface in the BLI. In the last 10 years the following clubs have joined:-  1993 IGB; 1993 also saw Kenilworth lay a second green and is now the only club in the BLI to have two greens.1994 Westmanstown; 1995 Ierne; 1998 Rathgar, with an artificial green; 2000 Shankill, also artificial & Dublin Postal; 2001 Carrickmines; and 2002 Sportslink also with an artificial green. In 2003 due to the closure of the Irish Glass Bottle Company and the sale of their sports ground as a result, the IGB Club resigned. However the end of 2003 was one of the most successful in relation to new clubs forming – Meath B.C. in Co. Meath; Rosslare B.C. in Co Wexford; Heritage B.C. in Co Laois, and in 2004 Letterkenny B.C. in Co Donegal  In 2004 as well as laying a new outdoor green the Heritage Golf and Country Club built an eight rink indoor bowling stadium.

The Bowling League of Ireland is now represented in 9 Counties with a total of 29 clubs. 40 years ago there were just 15 clubs in three Counties.

On a playing level, The BLI has won the Senior IBA Cup only once, with Leinster in 1961, and in the Junior Cup has been successful three times with Kenilworth in 1919, Clontarf 1931 and Crumlin 1995, and in the last 10 years has also been runners up with St. Brendan’s in 1997, Ierne in 1999 and Crumlin in 2002. In 2009 they won the Senior Association series but have yet to win in the Junior Inter-Association series. From 1981 to 1991 an Inter-Association Club Championship was run and Crumlin won this in 1986.

In the National IBA Championships the BLI has been quite successful winning 11 single titles, and 8 runners up.4 under 25 single titles and 6 runners up, and the new under 18 singles which has only been run for the last 3 years has produced one winner and one runners up. In the Pairs we have won13 titles, the triples was introduced in 1970 and we have won that 6 times, and in the fours we have won15 titles.  One of the best performances of a BLI player was that of Ian Gillen from the Blackrock Club, who in 2002, won all four BLI Championship titles, and then went on to be runners up in the National Pairs with John Nolan, and won the National Fours title with Conor Murphy, Blair Somers and Michael Scanlon.

In the British Isles Championships 1981 was our best year with Paul Moorehead, Richard Darcy and Paul Smyth winning the triples title and with Brian Carpenter added to the team for the Fours title. That was the also the year that Ireland won the International series for the third time. In 2000 the CYM fours of Donie Garvey, Tom Farren, Maurice Kelly and Bernie Vaughan were runners up

The BLI has also played an important role in the administration of the IBA. In 1910 G.W.Cooper from Kenilworth was Vice-President, but declined the position of President, then from 1930 to 1959 the IBA appointed a life President and a chairman was elected for each of those years, and H.J.Staff from Kenilworth was chairman in 1942. From 1960 to the present day, the position of President was reverted to, with Pat McGuirk from Leinster in 1969; Bob Clinch from Herbert Park in 1977; Jack Burke from Leinster in 1985, who went on to be BIBC President in 1996; Gilmour Byrne from Dun Laoghaire in 1993; and Brian C. Morton from Kenilworth in 1999, the year Ireland won the International series for only the fourth time in their history, and the Nat West Trophy for winning the British Isles Championships.

The Irish Sports Council, (ISC) in Consultation with their Northern counterparts Sports Council of Northern Ireland, (NISC) have agreed that in the strategic plan of the NISC 2006- 2009, they will only fund one National Body in relation to Bowls in Ireland. They have requested the Women’s and Men’s outdoor and Indoor national bodies to amalgamate, during this time scale. As a result the amalgamation of the LBLI and the BLI have put their amalgamation process on hold for the time being.

There are new clubs being set up around the country, the newest being in Sligo, and we will keep you advised as these clubs affiliate to the BLI.

Kenilworth took the brave step of digging up one of their Grass greens and replacing it with an artificial surface which was ready for the start of the 2006 season. The surface is completely different to any other artificial surface that have been laid in Ireland to date, and early reports from both Kenilworth players and their opponents, are that it is near to playing on grass as possible. time will tell whether this an advantage or disadvantage to the home club.