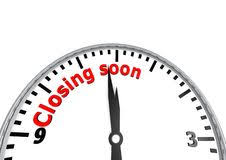 Below are listed the closing dates for the current seasons championships up to but not including the semi finals.  Players required to play a championship match in a green more than 100 kilometres from their home green will have until the Sunday following the closing date to play their match.

A new pairs competition, The Millane Cup,  will be run for the first time in 2019 which will be open to all members of both the BLI and LBLI.  The rules are as follows

Because this is a new competition it is difficult to assess the amount of entries to expect so another closing date may need to be added when all the entries are in.

The BLI competition entry forms will be sent to all clubs in the coming weeks. These will contain a column for the Millane Cup. Both names must be entered and sent to myself. The BLI treasurer will bill the club for all BLI entries including both players entering the Millane Cup.

The closing date will be April 12th at 5pm and the cost is €7 per person (€14 per pair) similar to the cost of all the other BLI competitions.

The draw will take place a few days after the closing date. This will be sent to all clubs and also posted on the website.